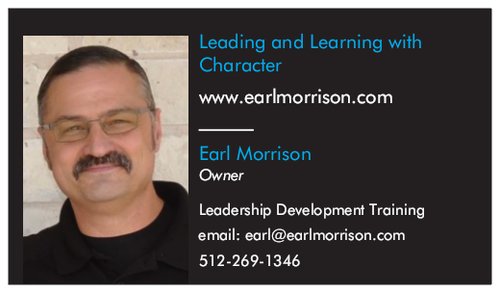 If you don’t have a strong foundation you will not be able to take a stand when challenges come! You must establish a belief system. Your beliefs and character will be challenged. You must surround yourself with people of high character. You must understand accountability and its importance for your belief system. 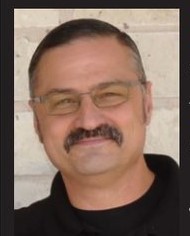 Earl has been in Law Enforcement since 2000. He has served in a variety of roles including Police Chief, Lieutenant, Sergeant, Detective, and Patrolman. Before becoming a police officer Earl was a correctional officer for the Texas Department of Criminal Justice for six years. He also spent three years in the U.S. Army and three years in the Texas Army National Guard. Earl has held several leadership positions in his private life within the church community as a Men’s group leader and church Elder, and within the city community as Chairman of the Board for the city’s Employee Credit Union.

In addition to holding numerous certifications through the Texas Commission on Law Enforcement, he earned a Bachelor's Degree in Criminal Justice from Lamar University and a Master's in Criminal Justice from the University of Houston. He is a graduate of the Leadership Command College at Sam Houston State University. Earl is a public speaker and author. His first book, Leadership Lessons Learned: Leading and Learning with Character was published in 2018 and his second book, Mentoring for Life was published in 2020. Earl lives with his wife, Penny and their four children in Texas.